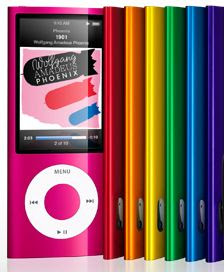 Athletics South Africa has banned iPods from all races. I won’t even try to get the logic behind this decision. Apparently it comes for the cycling world with the controversy over the use of ear pieces to get information from team managers and coaches about the race and opponents. ASA took this further and banned all electronic devices connected to ear pieces or something like that.
Now I wonder how someone can receive info via an iPod. Maybe I can record a motivational message that can give me an unfair advantage…? For decades top runners have been receiving information from the side of the road, written on water bottles, pieces of paper or just shouted out. What’s the difference? Receiving it via a device in your ear or having it shouted to you as you run past your coach? You may also not use your cell phone with a headphone or ear piece. Wonder if you can still carry it and phone someone to come and pick you up if you run into trouble and want to bail out of a race? What about just a MP3 player?

Anyway, this is dumb! If they want to make stupid rules for the top runners that’s fine, but to ban something like this totally is a joke. I never run with music anyway so I don’t get affected by this myself. Not that many runners run with earphones in races. In SA running is a very social affair and once you get to being a regular runner, you’ll rather enjoy the company of those around you than listen to your iPod.
We’ll have to see if and how they enforce this rule. I wonder if any other country will do something stupid like this.
Whatever and wherever you’re running or not running this weekend, enjoy! For something inspirational, have a look at this post by Dave.
Posted by Johann at 11:06

Good luck to them, this would make certain people like myself leave the racing scene and rather just do training runs. The last I saw was you could not use an electronic device inside the arena which would be the finish area and not the whole race.

I think it is stupid, next they will ban spectators from talking to passing athletes "Well done you are First" imagine that one.

At the end of the day it would a be nightmare for them to try to enforce this rule.

Hi Johann,
I have never run with an iPod. I have never listened to music when running...so for me it wouldn't matter. I can see how it would make people upset if they needed to have music to get the mojo moving:)

Johann, I hope that you have a wonderful weekend filled with inspiration:)

This seems to be a hot topic. I can take it or leave it. My wife on the other hand can't run without it. I can see the ban from a safety standpoint, other than that, it get a little touchy. Luckily it doesn't affect you, so keep running!

The link was definitely inspirational. Makes you think how lucky you are and how much we take for granted.

I use my ipod once in a while, but I'm not attached to it. Still, I hate these over-zealous rules...reminds me of these kids who get expelled from school because their moms put a plastic knife in their lunch so they could cut their cheese!!! Tolerance zero can go too far...well, that's my two cents :)

Many races around here ban them. I think part of it is having the ablility to hear traffic when on a road. I do love them but have stopped using one in races because it is so often not okay.

I agree with you ajh. At least around my area, the reason why they are discouraged is because of safety. In the triathlon world they are banned because often times you need to pass someone on the bike traveling high speeds and if the other person can't hear you it makes it difficult.

you know, i'd rather people not wear headphones when running. yesterday during the race there was this guy who could NOT run straight. he was side to side and i was trying to pass on a narrow spot. i said "on your right" once and he didn't hear me. then i said it louder and he still didn't hear me. he didn't know i was there until he ran into me.

Some races don't allow Ipods or MP3 players and it always starts controversy. I don't run races with it and think people who do miss out. I agree with not allowing them.

Did you see the women's half pike where the girl (I think an American) was singing out loud, off key with her Ipod? She then took it out of her pocket, changed songs, sang louder and more off key and then did her run. It was pretty funny.