After my post where I mentioned that I have a Pectus Excavatum chest, I received some communications from a few concerned readers about my well-being. Thanks for that, but really, I am fine. :)

As I said I have a very mild case of this. It is just enough to give me a nice round and flat heart and low oxygen capacity. 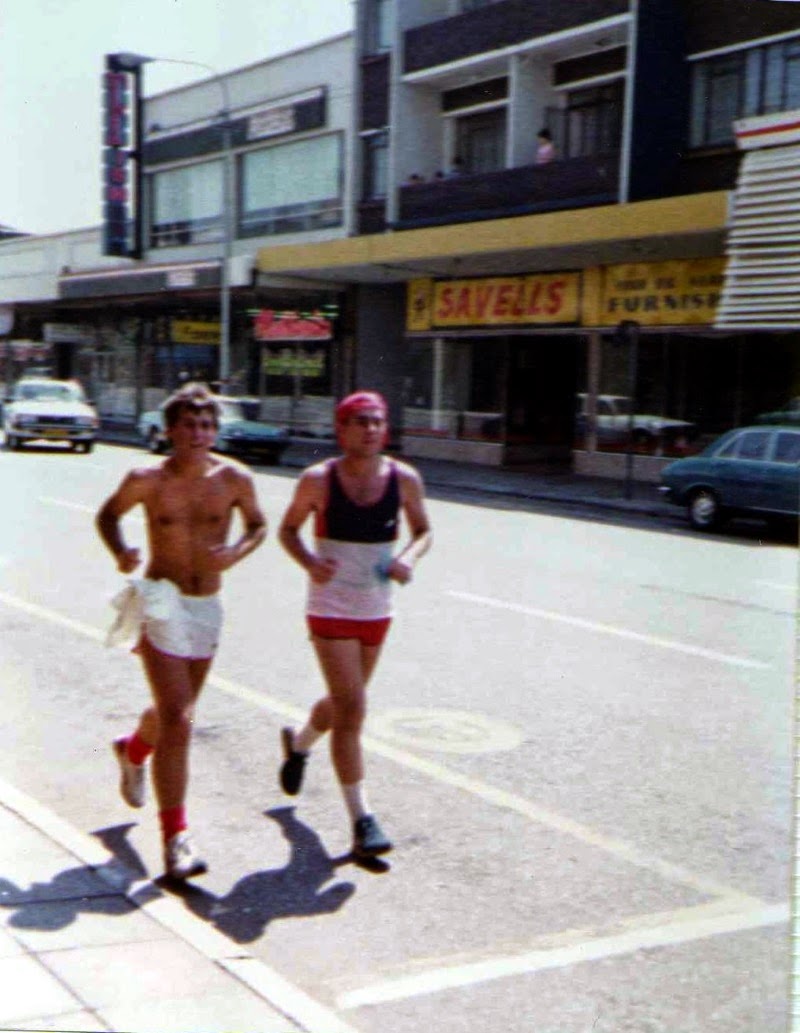 The Pectus Excavatum is actually visible if you look for it specifically. I am running with my brother here. We were supporting our dad and ran the last 25km of the 56km race. It was very hot that day. The photo was taken in Kempton Park close to the then Jan Smuts (Johannesburg International) airport.

Great photo, you two are in perfect sync!

Look at that perfect form! I don't ever run shirtless either. I'm too self conscious, even in the heat!

I love the TBT photo! Thanks for the link back to your post. I hadn't read that one, and it was very interesting. You have done very well to train and race with the genetic component.

I love throwback pics, especially from people who have been running a long time. What a cool (or hot?) memory for you.

My youngest brother has a dent in his chest. My older brothers had him convinced for a while that it's because he never licked the screen in our screen door when he was little.

Look at that young buck!

I never run shirtless either. :-)

I never run with a shirt on...

but then it never gets cold in Cape Town!!! (OK running in the hail and North-Wester on top of Table Mountain is challenging!)

Great photo! I thought about taking my shirt off in a race yesterday and it was only 20 C - but that's a heatwave in England at this time of year!