Last Sunday I ran the Allan Ferguson Half Marathon in Johannesburg. This is a local race with the start about 10km from home. I love to support this race as it runs through the neighborhood where I grew up and includes many hills I used to train on years ago. 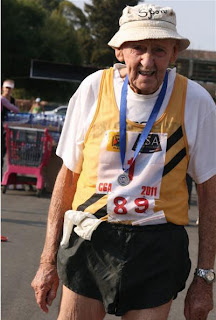 The race was always known as the Jackie Gibson Marathon and Half Marathon and is hosted by Johannesburg Harriers Athletics Club. Allan Ferguson, one of South Africa’s true ultra running legends ran for JHAC and sadly passed away last year. He was one of my dad’s running buddies back in the day. I was really happy to see the club dedicated the half marathon to him this year. I was eager and pleased to support the race. 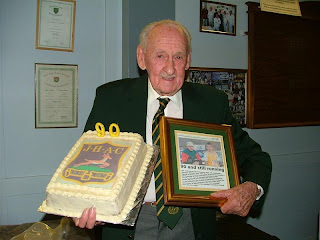 This was three days after my marathon at Standerton, but I decided some good hill training on marathon legs would be good for the months ahead. The plan was to just go and have fun while getting some valuable training in at the same time.

We left home early enough to miss the annual traffic jam for parking, the only negative about this race. I pre-entered and got my number easy enough. We even had time to relax in the car before I got ready to go to the start. 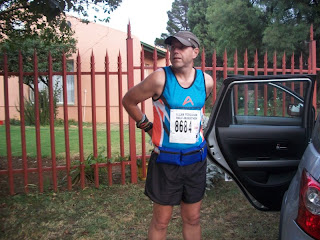 Ready for another race! 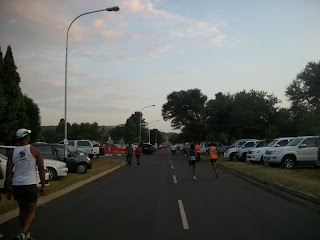 The field was big as always. This is a very well known and popular race. The route is difficult but that doesn’t keep runner’s away. 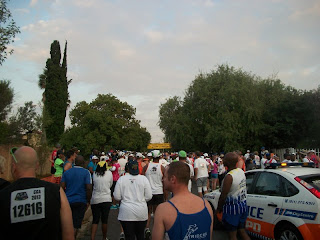 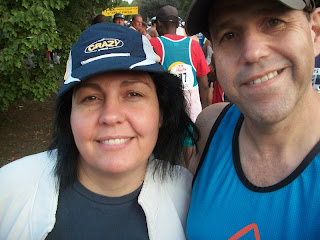 The race started right on time and we were off…straight into the hills. The first part of this race is really hard. There are some tough climbs and I could certainly feel my marathon legs right from the start. I always take about 7km to settle in and running over steep hills during those 7 kilometers can be hard. 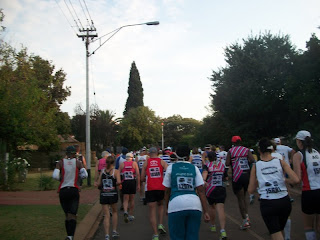 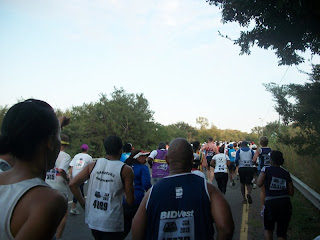 Tough hills right from the start.

The plan was simple…take it very easy on the hills and see how it goes on the downhills. My legs were tired from the marathon and I felt this on the hills. They were also a little sore going downhill so my progress was slow. At least I could feel they were getting better and better as I ran and this was encouraging. I was really glad I was doing only one lap of this race today. 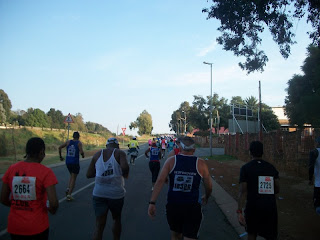 I know the route like the back of my hand. I have literally run thousands of kilometers around here. The race also goes around the nature reserve where I do my trail training. This is my valley.  I was certainly in very good spirit for the race. 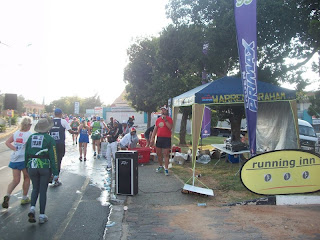 Another good water table with a local singer singing some Comrades and running songs.

More hills followed the first few hard ones. There were some good downhills in between but these were harder to run on my marathon legs than the uphills. The water tables were excellent with many friendly helpers. 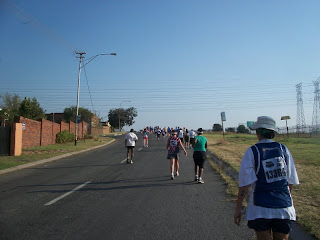 Around halfway. Feeling better and better!

I reached halfway feeling much stronger than I did during the first 5km. I could feel my legs were getting warmed up and the down running was not hurting anymore. The second half of the race is much easier than the first, but there is a little sting at the end with the last 2km being uphill. 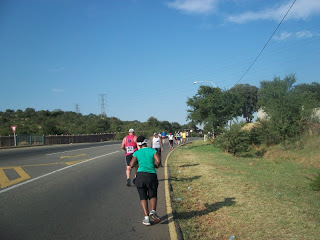 Another tough hill at 13km.

I kept something in reserve for that last hill because I remember suffering there in previous years. I was sure running this three days after a marathon would be painful. 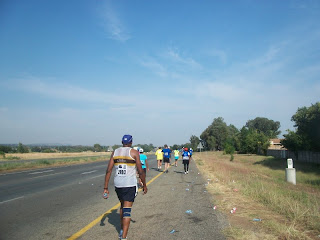 I surpised myself as I felt really strong when I reached the last hill with 2km to go. I knew it was an up run to the finish but strangely enough this was the best I’ve ever felt here. I decided to put the hammer down and ran the last 2km faster than the rest of the race. I was really happy that I felt this good just after running a marathon. Anette cheered me on along the way and gave me an extra boost as well. 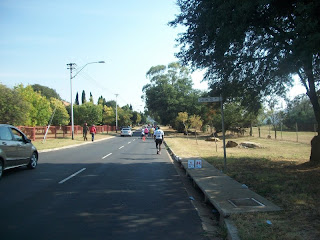 1km to go and VERY happy I was only doing one lap today!

Not long and I ran into the finish. Very happy and feeling awesome! Mission accomplished. This was a super training race for me. 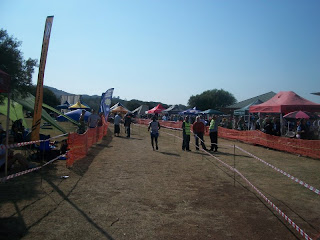 We received a nice t-shirt and a lovely medal. The medal has a photo of the late Allan Ferguson on the front. Very special to me and I know my dad will love seeing his old running buddy being honored. 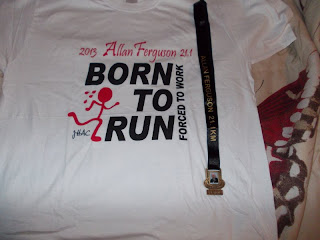 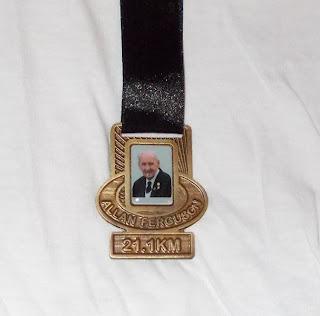 Special medal in memory of a special person and running legend.

The hard training is now in full swing. So far I am extremely happy. I feel better than I have for a few years now. Next up is the Slow Mag Marathon on 14 April. But first I must get through a 35km training run this weekend.

Have a very special Easter everyone. May you all be blessed with happiness.

That is so cool, not only that the honored him through the race name, but that they actually put his face on the medal!! Nice touch.

Was it just me, or was that race entirely uphill?? Seemed like it. Sounds awful :)

How nice, a race in memory and paying respect to a local legend

Sounds like a TOUGH race on its own, not to mention just coming off a marathon. GREAT job!

And I love the tribute and the medal. A really cool thing to be a part of...

Great running and what a nice story. I love the fact that they put his face on the medal.

Man, your training is ON TARGET. You were feeling strong at the end of your marathon too, right? And then to feel that way at the end of a hilly half just a few days later? Awesome!

We also have an annual Allan Ferguson race in Bloem each year in September. Coincidentally the race route also winds through the neighbourhood where I grew up - love that race!

What a cool event--I love how they honor his memory! You did an amazing job of bouncing back quickly. That's a great sign for your current fitness level.

Nice touch with the medal. You are part of the Ultra legacy if your Dad used to run with Mr. Ferguson.

You've done so well to run that hilly course so soon after a marathon.

It's nice that your Dad's friend was honoured in this way. And especially nice that he was immortalised on the medal.

You've done so well to run that hilly course so soon after a marathon.

It's nice that your Dad's friend was honoured in this way. And especially nice that he was immortalised on the medal.

Nice event for a great local legend. Glad to hear you enjoyed and felt good after you had run that hilly race.
I love running races in my town.

Nice t shirt and what a wonderful medal!

I like that they put a photo on the medal, very unique. Excellent job finishing so strong soon after completing a marathon! I think it always helps to be racing on familiar ground. I sometimes like to return to the neighborhood where I first started running - like running with an old friend.

So great you could honor him and get training in!

What a great race, glad the training is going well.

I have a question about your blog, could you please email me? Thanks!!

Beautiful t-shirt, beautiful medal and great tribute.
I don't like the hilly halves. The classic distances, in my opinion, must be mainly flat.
However you are an ultra-runner and for you ..... no problem at all.
Congrats.