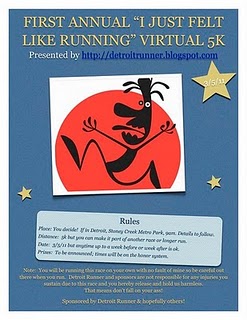 I’ve never run a 5km race so I was excited to get a chance to do a virtual 5km. Thanks to Jeff (Detroit Runner) for hosting this virtual race. I planned my week’s training so that I could fit in a 5km on Saturday. I used it as a warmup fo my Sunday marathon.

It was a beautiful morning with perfect running conditions. I loved the fact that I could walk to the start while viewing these… 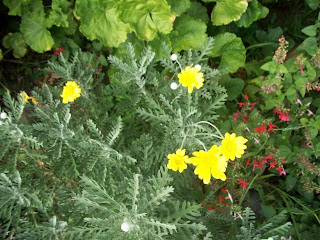 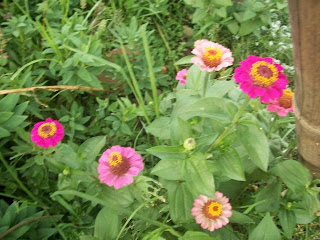 I had plenty of fans to support me and give me some personal attention before the start. 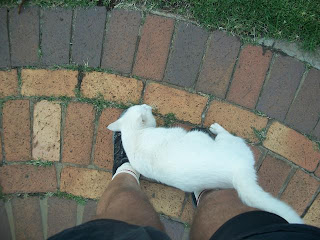 I decided to take it easy as I did not want to push too hard the day before a marathon. My aim was to run under 30 mins for the 5km while staying comfortable the whole way. I ran a 2.5km loop from my house twice for the 5km.

My final time 29:09. That’s more than fast enough for this ultra runner. 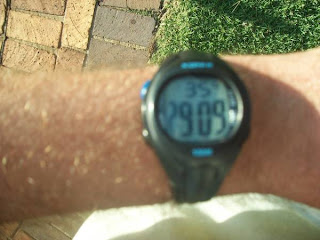 The fans were very happy for me and excited that I had such a good run. 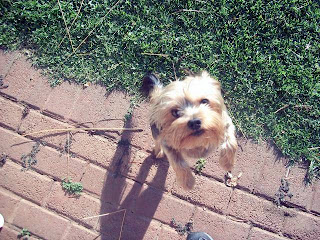 Have a great week everyone! Oh, and yes, the marathon went well too. Report will follow later this week.
Posted by Johann at 21:42

Really, my race was your first 5k? With all your running I'm surprised. You are probably used to a 5 in the race like 50k right? Great job fitting it especially before a marathon.

Your fans were out in droves, weren't they? Good luck with that marathon.

It is awesome to have such a great fan club Johann!!! :-)

I love your support/fan club members, those are the BEST ever :). Nice job on your first 5K...one day you'll have to run a real one to see how much you really hate them - no worse race distance ever invented! Ha.

Love your fans. Hope your marathon is a good one.

Awww...that last picture put a huge smile on my face!

Good job on your run!

I'm going to do my race tomorrow! Now I know what time to try and beat you with : )

Aren't virtual races great? You get to pick your route, time of day and fans. Are you sure though the white fan was really that excited? :)

I love it Johann! I think it's your fans that really made race special, isn't it? Great job! :-)

Hey Johann, I got a picture of a train for you in Dubai :-) You and 5K just doesn't seem right to me.

I think they should have special prize categories at 5k's for ultrarunners :)

Hey! Looks like I'm not the only one begging for Dubai pictures. Heh.

Great job on your 5 km race!
Nice to have such a great fan club :)

were the aid stations good??

Cute fans and an automatic PR - what could be better?

You have super cute fans!

Nice run! I enjoyed your pictures too, as usual! :) Look forward to your marathon report.