Hi everyone and Happy 2013! Unbelievable!

December was crazy and I’ve even been to another race. Great fun, but unfortunately my wife, Anette got really sick with Rheumatic Fever and I ran only 60km at the 48 hour circuit race. Her health is now my first priority.  Anette is slowly getting better and we are planning a huge year. 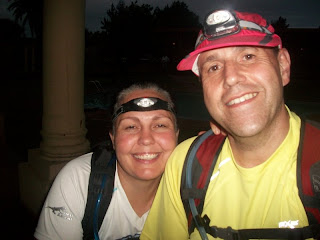 With Stage 1 in the bag we took the kids for some waterfall spotting after we showered and cleaned up. Really, really beautiful! After this we went for pancakes at the local pancake specialists…yummy! 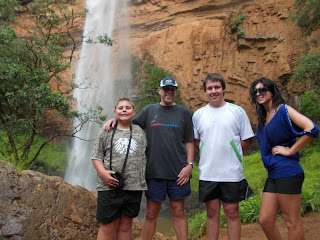 Rohann, me, Roberto and Carla at the Bridal Veil Falls - Sabie Mpumalanga. 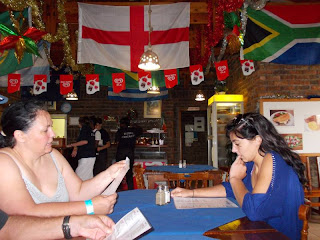 Time to carbo load for stage 2.

While we were enjoying some awesome pancakes and sandwiches the heavens opened! I really mean the heavens opened. The streets literally turned into rivers. It was one of the biggest rain storms I’ve ever experienced…monsoon type stuff! Stage 2 was going to be very wet and very muddy! This would add to the fun of running a night stage. 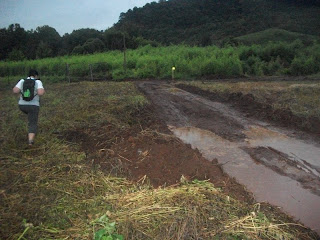 Wet and muddy - the "road" at the start.

Driving to the start we saw the road we would be running on to get to the trails was under water. Fun was waiting for sure! It was very muddy everywhere and difficult to find any dry spots. 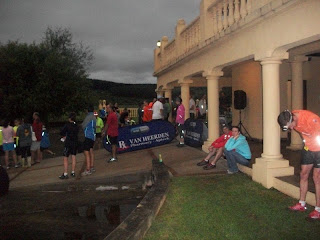 Waiting for the race briefing of the night run. 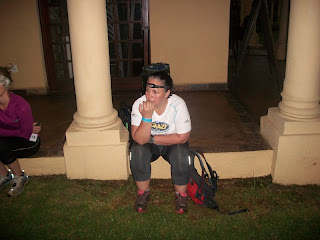 This didn’t dampen the spirit of the brave night runners. There was a sense of excitement in the air as we waited for the race briefing and start. Headlamps added to the feeling of anticipation. The stage was set for a very special run. 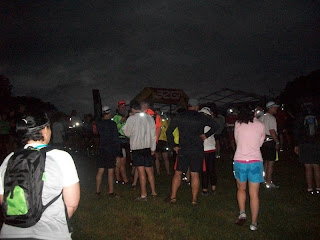 All the runners ran the same night stage which meant I could stay with Anette the whole way. This was great! We started and immediately had to be careful of our footing in the mud and water. It was very wet and slippery. 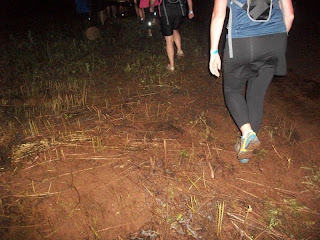 About 300m after the start and after a bit of careful mud running we had to run on the road for about 200 meters. It was like running in a river! The muddy water was flowing strong. 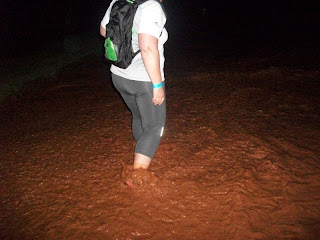 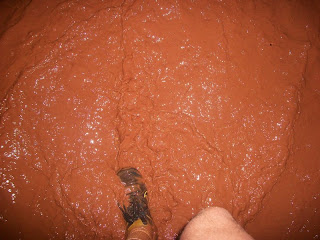 Somewhere while running in the water we crossed the Sabie River as well. It was not possible to distinguish between the road and river! 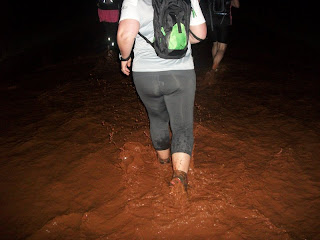 Running in the road! 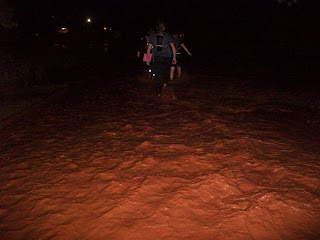 No way around this...

Then we were on the trails and it was night and dark and wet and muddy…but magic! I think we were in fairy land! 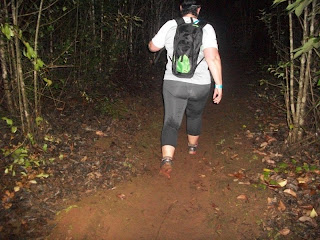 Out of the water onto the trails.

The stage was 11km and our goal was just to make the 2 hour 30 minute cutoff. I planned to run the stage with Anette from the moment I entered the race. This was one of the reasons we both signed up. :D 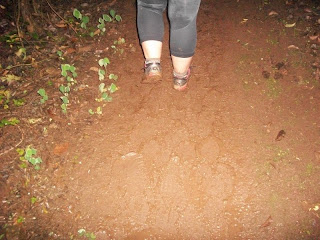 At first I followed Anette and let her set the pace, running next to her where the trail allowed. It was very slippery! The sun beetles were still going on and at every now and then we would pass a chorus of frogs. The rain certainly brought the frogs out. 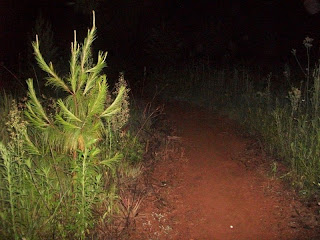 It was great to be on the trails at night. I must do this more often. Being out there with Anette made it even more special. She was running her longest distance ever and that as stage 2 of the race! She was very concerned that we would miss the cutoff and then I would miss out on my race as well. This made her run a massive 11 minute negative split in the end. 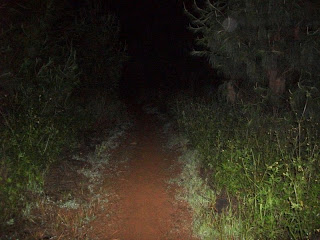 As we progressed Anette got faster and faster. She made me run in the front during the second half and pushed harder and harder. Progress was slower than normal with all the mud and water but at least we didn't fall… 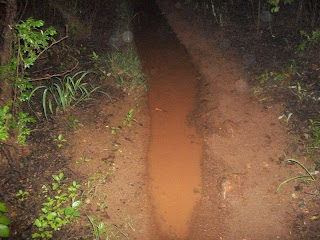 That was until we were about 100 meters from the finish. There was a huge pool of muddy water and Anette chose to just run through it. We were far too wet and dirty by now to run around anything. That’s when it happened…100 meters from the finish I tried to get closer to Anette to shine my light for her to see even better. I slipped and took a dive in the mud! At least I kept my upper body above the water more or less. 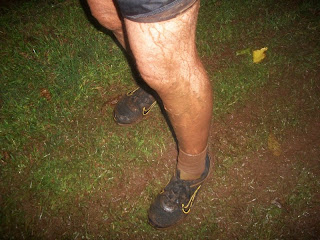 Not pretty and covered with mud we finished in 02:06, well inside the 02:30 cutoff and Anette’s longest run ever! I was so proud of her! Stage 2 was in the bag! 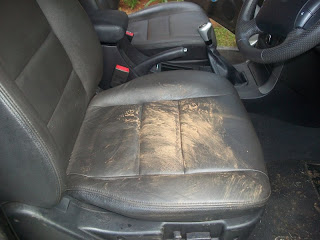 Tired, wet and muddy we made our way to our chalet, ready for some good sleep before the next morning’s last stage. We had 10 hours before the start of the 3rd stage.