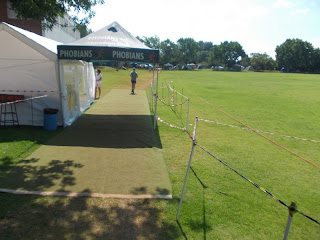 Start/Finish of the loop.

The Year 2 Year Circuit Races were held from 26 December 2012 to 01 January 2013. The races were run on a 500m circuit at the PHOBIANS club in Pretoria. Runners camp along the course and the atmosphere is always fantastic. You run, eat and sleep as you please. 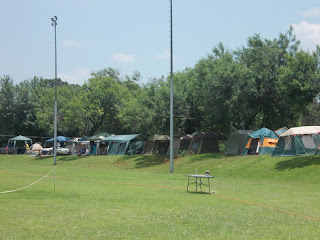 Runners camping next to the course. 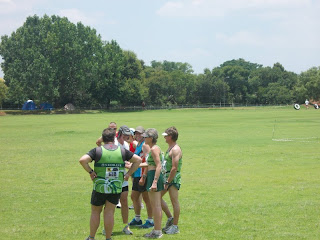 It was a small and nervous group of runners that lined up for the twelve noon start on 30 December. My plan was to do the minimum 120km and then see how I feel about any bonus distance. 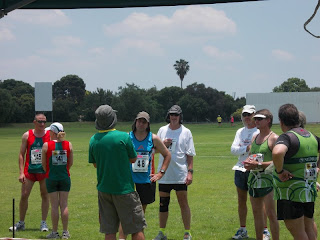 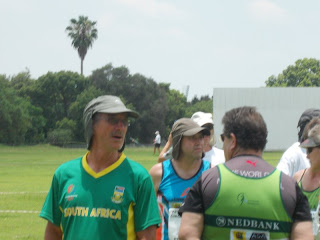 Anette was there for support and also to get a feel for the event before her 24 hour start the next day. She was not feeling very well and we were worried she might have tick bite fever. 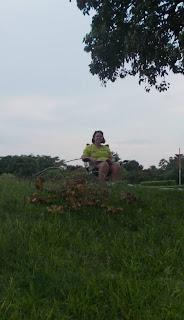 Anette was on her post, but not feeling well at all.

The plan was to run until 8PM and then go home for some good rest to return the next day for Anette's race start. We did stick to the plan but the midday heat was so bad that I had to rest from 13:30 – 15:30 to get out of the sun. 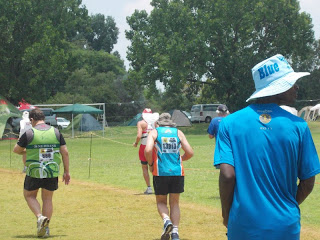 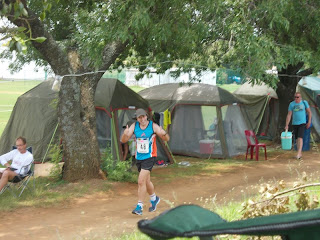 I was feeling great and took it very easy. Slowly I added loop after loop after loop. The only problem was the heat. There was no point in running in the sun so I stepped off the course for a break. 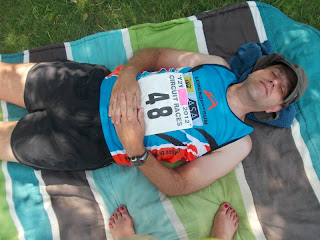 Waiting for the heat to pass.

Anette was not feeling any better and by the time I started running again we knew she would not start the next day. I kept on running until 8PM as planned and then it was time to go home. I was feeling super now but Anette’s health took priority. She was becoming very ill. 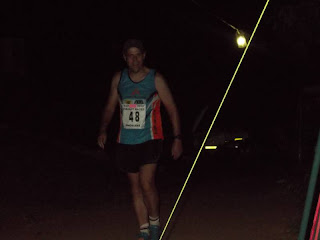 8PM - Time to get Anette home. She was very sick now.

The following morning early Anette was very bad and it was off to the doctor before I went to the race. She had Rheumatic Fever! Although this occurs in children mostly, adults do get it from time to time. 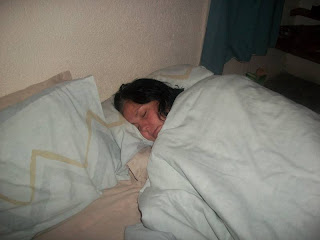 Best place for a sick body.

I decided to go back to the race but would keep in touch with Anette to see how she was. I didn’t run much and completed exactly 60km before I packed up my goods. Anette was very sick and this was just not going to work. 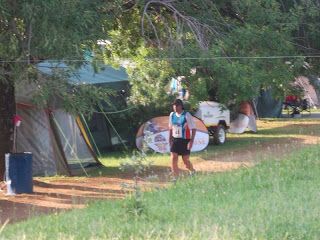 Taking it easy in the heat. T-shirt to protect shoulders from the sun. 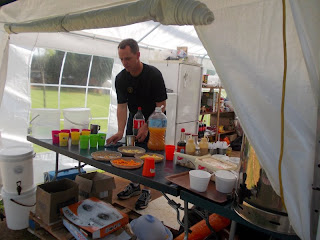 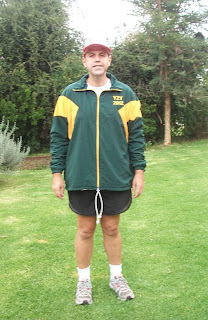 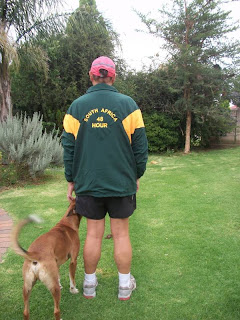 Although I could keep my jacket I will complete the 48hour before I wear it with pride.

I now owe these wonderful race organizers a proper run. I will be back at the end of the year and do a proper 48 hour race.

Anette is doing much better now but is still not 100%. She is back at work but taking things slow and easy. We hope she can start training again soon.
Posted by Johann at 13:31