Have you ever had a DNS (did not start)?

This post is in response to Christina’s Running Question Challenge?

Question:
Have you ever had a DNS (did not start)?

Answer:
I’ve had a few DNS’s over the years. In fact, I’ll be having one this Saturday. I’ve decided that I’m not ready for a 50km at the moment since I missed a few long training runs when I had a stomach bug and then the flu. I decided to be careful and rather sit this one out. There will be plenty more. So I’ll have a DNS at the 2010 Loskop 50km.

I suppose a DNS is when you don’t start a race that you entered earlier. I’ve had a few of those (not sure how many) and also some where entries are only taken on the day of the race. Do those count as well? I planned a half marathon in March but missed it because I was down with a stomach bug. I would have entered on the morning of the race but didn’t go, so I suppose it is a DNS as well. 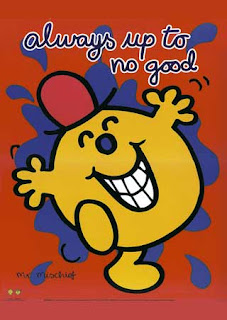 There was a 15km race in the middle of winter in 1995 where I went to the race with a friend in the morning and we entered. It was very cold, -7°C (19.4°F). We bought coffee after we entered and went to sit in the car to drink it. We never got out to start the race and went to a nearby mall for breakfast instead.
Another DNS was a night race (10km) where we entered and then it started to rain. We found shelter at a local restaurant and just stayed there for dinner and drinks!
Happy running everyone!
Posted by Johann at 14:52

I've also had a few DNS's over the years, for various reasons. I think you are smart to sit this one out if you don't feel prepared...pushing through in a case like that often leads to injury or disappointing results. Not worth it!

I love your attitude...there will always be other races! Rain at night...ugh...much better to go for dinner and drinks! :)

Although I admit that if for some reason I can't do my first half-marathon...I'll be quite disappointed.

Hi Johann,
I have never had a DNS race yet, but I have only been competing for one year:) I think the reasons that I would not be able to start a race would be if I were ill or injured. Oh, and there is also the possibility of not finding the race:) I am terrible with directions:)

Have a good one Johann!

I had a did not start in track because my "friend" gave me a roundhouse hurricane punch to the mouth beforehand. Truthfully I exagerated the pain because I didn't feel like running.

I think I would feel very guilty enjoying a meal instead of running a race. It sounds though like it was very enjoyable and well worth missing the race.

Interesting post Johann. I agree with this. I had a DNR twice when I didn't feel good (the first time) and the climate condition weren't good. Before I started the races I had always chosen what to do.