We did the 60km Powerade Christmas Challenge on 11 December and it was great! With the year coming to an end and all that happens... including me becoming lazy... I am only doing the report now.

The race was at Stonehaven, Vanderbijlpark and it was an out & back course. We did another race on this same route last year.

We arrived quite early and had time to be relaxed before the start. This is not a big event and that is perfect for me. Support was still good for this time of the year. 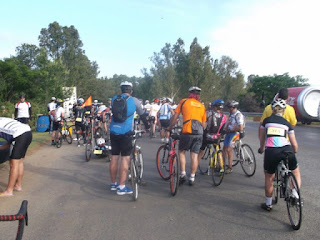 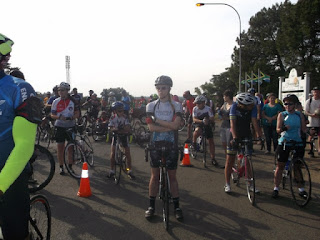 There were a few disabled competitors with handcycles also taking part. This drew quite a bit of interest as one of these athletes was Mathys Roets, a local Afikaans singer and celebrity. Mathys was paralysed in a motorbike accident some years ago. 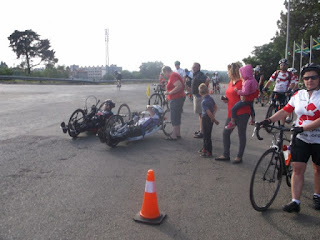 The route is fairly easy and takes you out into the typical country scenery of this part of South Africa. It is summer and rainfall time now, so the field is green and really beautiful. 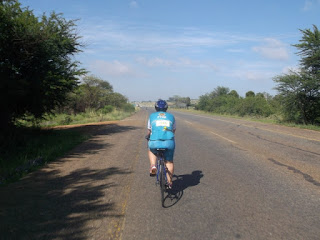 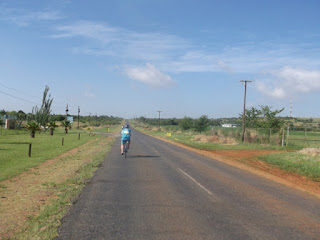 Anette on her way.

The route crosses the Vaal river and this takes you from Gauteng province into the Free State. The river is full at this point although the dams in the country are actually very low and a severe drought is still having a terrible effect in some areas. 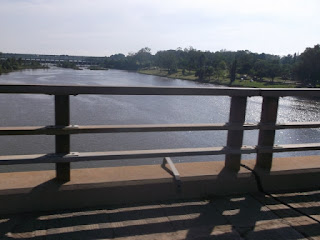 We arrived at the turn around, which is also a water point. I was feeling good although it was warm and quite windy. A quick stop and we were on our way back... 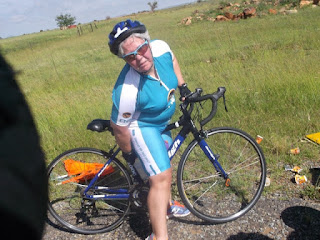 Anette at the waterpoint. 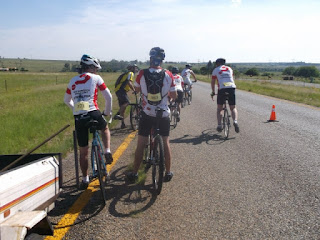 Some riders taking a breather.

I felt good although I definitely think there are more hills on the way back than on the way out. The profile doesn't really support this. 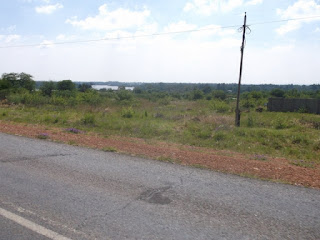 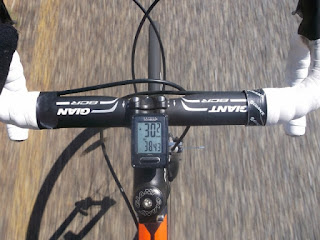 I'm slowly getting used to the road bike.

On our way back we caught up with Mathys in his handcycle. He was doing the 40km race. I have a ton of respect for these guys. 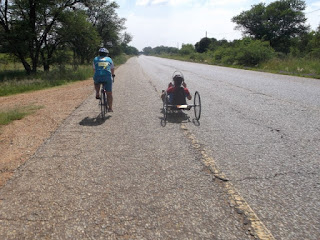 The last few kilometers were without incident although Anette got some pain in her left leg/hip about 3km from the finish. We are not sure what caused it and will investigate and look into some bike settings going forward.

We finished strong and received this really cool medal... 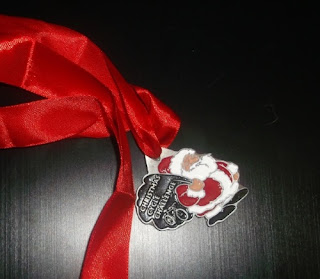 That was our last race for 2016. We are planning some nice races for 2017, but before that we have some serious training to do. This will include our first 100km ride. I will definitely post some feedback on that.

What a fun medal! Almost none of our bike races here give medals; it's much more of a running thing, so my big shift a few years ago from run events to bike ones makes my medal count pretty small.

I always get a kick out of our reversed seasons. Today our temperature was 3* F.

Thanx 4 All The Photos


Cheers
P.S. How is Chewy these days??

Then if you 100km next year is easy!!! you can look at doing one of the big ones in 2018 Argus for a Cape Town Holiday or stay home and tackle the 95.4 or what ever it's called!

Great to hear from you, Johann! So glad to see you and Annette are sharing cycling.

I have been running less since February.
Maybe, I'll increase my runs this month.

Love you guys riding events together, what fun! Cool medal too. Nice work both of you :)

I enjoyed the report. Getting into some mountain biking myself.