My Dad The Super Runner

If you know me or have read my blog for some time you will know that my dad is the greatest inspiration for my running. I'm lucky that I grew up with a super running dad! 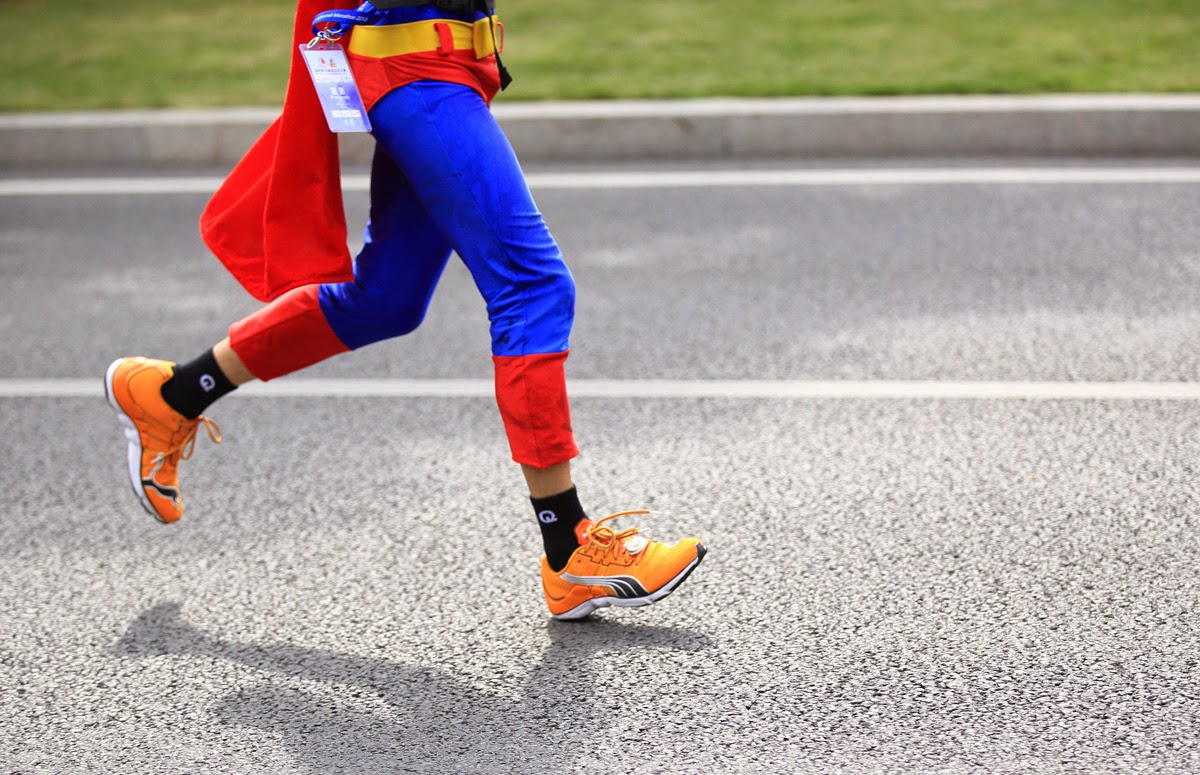 This past weekend my dad and I browsed through some of his running logs, results and other stuff and I was reminded again why he is such a huge inspiration. He was a running machine!

It's a pity he started running races so late in his life. His first road race was also my first road race. The SABC TV Road Race in 1981. It was a half marathon. I was 18 and my dad was 51. 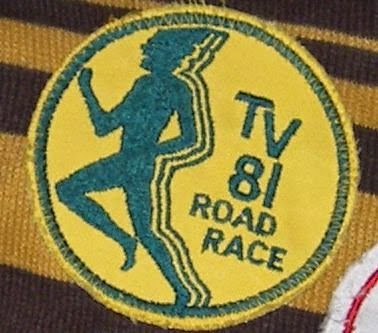 Even at this race the signs were already there that dad was no average runner. He finished more than 30 minutes before me.

But this is only where his racing started. Dad started running in 1970 because he suffered from low blood pressure. We can all learn a lesson or two from his training. He literally ran 6 or 7 days a week all year round just because he enjoyed it so much. It was only 11 years later that he decided to train for a race.

He mostly ran 7 days per week with a few 6 day weeks in between for reasons not mentioned. He was very serious about his running. In 1982 he completed his first marathon at the age of 52. His time was 03:34. This was the start of some amazing performances. 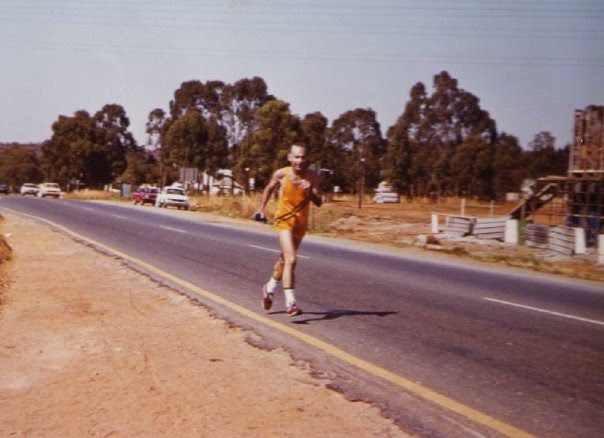 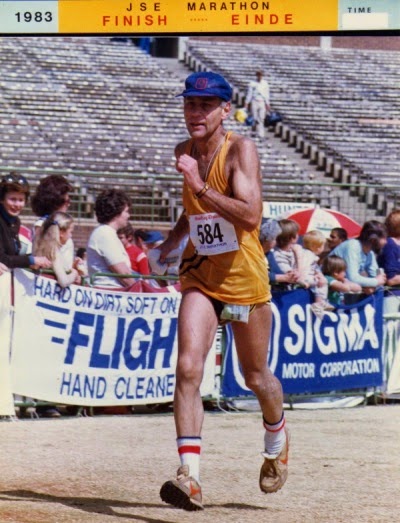 Dad's PB's as we could find in his results:

I just wonder what these times would have been if he ran these races 20 years earlier when he was in his thirties...

If you look closely at the photo below you will see he finishes the Comrades with two bottles in his hands. They were filled with corn syrup. At the finish they were still full. I asked him why he didn't use the corn syrup. His answer: "when you run this slow you don't need anything except water". The corn syrup was just in case something went wrong. 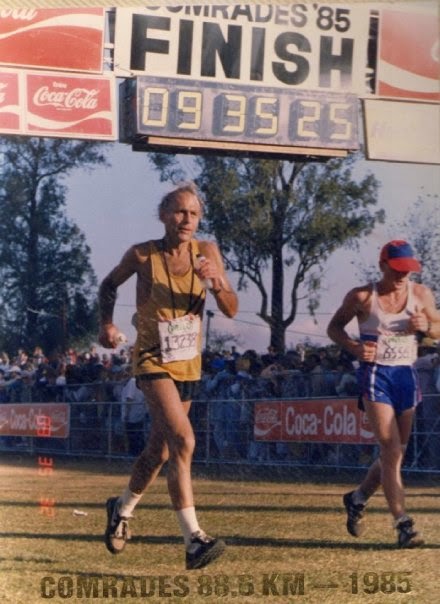 To this day I have not come across anyone who runs 90km on water only. Dad did. He never used anything else on a race. He was just that fit. The only thing other than water I ever handed him during a race was Vaseline. 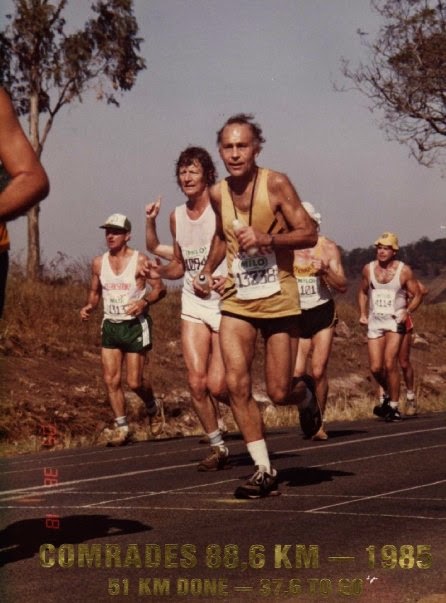 I remember he once took some Coke on the Pick 'n Pay marathon. What did he say about it...? "It's too sweet and it didn't make any difference."

Dad is now 84 years old. He still works as he doesn't feel ready to retire yet. He is an Ophthalmologist (eye specialist). He is not only my super runner, but also my super hero. 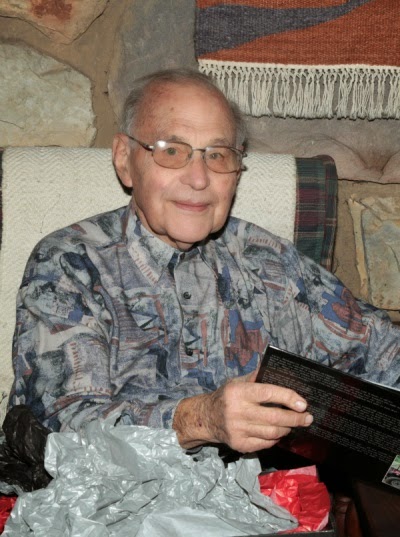 Words cannot say how much I love this post! Your dad sounds like an extremely special man :)

Wow!! Awesome post! Your Dad is a great runner!

Amazing story, your Dad is a true inspiration!

What an awesome tribute to your dad!

What an amazing runner! So special that you two ran your first races together. Lovely post, Johann.

My parents don't run, but I sometimes wonder if they could have...

I have a friend with about 15 silvers at Oceans on only water (maybe a coke or 2 as well) but he calls corn syrup drugs!!!

My parents don't run, but I sometimes wonder if they could have...

I have a friend with about 15 silvers at Oceans on only water (maybe a coke or 2 as well) but he calls corn syrup drugs!!!

He sounds so impressive in so many ways. How lucky you are.

I just now got around to reading this ... one of the best posts I've read - both of you guys are true inspirations!

What an incredibly inspiring Dad to have. You really couldn't have done anything else but run, could you?

Wow - what an amazing man your father is! Did he do any other kind of sport before he started running?

Extraordinary! I took up running for health reasons at age 32 just as my Dad did aged 40.

What a great Dad, Johann! 03:34 on his first marathon at the age of 52 ... And, on the job front, he doesn't feel ready to retire yet. absolutely astonishing!
Beautiful post! Your Dad is a great runner, a great father, and a great Man.

Congrats to the very fast dad!

Your dad sounds amazing! As I was reading this, though, I could imagine Rohann someday writing something similar about YOU. :)

That's fantastic...he's one super speedy runner! He looks terrific too, must be all that running :)
Loved this post.